Well we’ve been back 7 days.  No I am not about to start a blog about resumption of our daily happenings here in Vancouver, but I do need to do a little writing of some sort.  Besides, blog traffic has dropped to only visitors stumbling upon the site while searching for puffy coats or belly button lint.  The audience may have dried up a little, but that doesn’t mean the writing has to…does it? 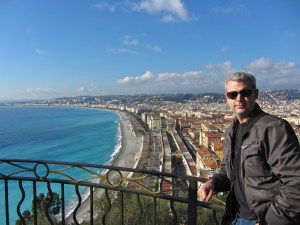 It’s already been a week since seeing this sun and surf. Maybe we can find a cocktail with that blue, and dream our way back.

I know not everyone has stayed abreast of the 75+ posts.  Competing with Jersey Shore or news of a hockey trade for all of 3 minutes isn’t even a contest.  It appears a few posts seem to have left a lasting impression on people, such as the breakfast choices post from a couple weeks ago.  Whether this was a moment of unique observation that magically combined with what I could muster for writing skills that day, or the post just became a highlighted story on your Facebook newsfeed is yet to be determined.  I heard that one guy actually read the post to his 5 year old daughter as a bit of a bedtime story, of course obscenities carefully edited in his verbal portrayal of that electronic word.  Regardless, if anyone wants to get into this site and review the plethora of material…word of warning, it may take a while.  Grab a beer, or coffee and sit back with mouse in hand.

As for us, settling back into a life of reality is slowly underway.  The jetlag has worn off resulting in near regular sleeping patterns.  The skin is drying out, and not sure why because it’s raining out there in this typical 4 degree Vancouver winter weather.  The car has been dug out from the leaves piled around it, and surprisingly no mushrooms growing in the damp carpet under the seats.  Unpaid bills that sat in the mailbox for two months have been brought up to date, and account holds removed to permit further spending.  A full fridge of groceries is now in place, meaning no more drinking of milk from tetra-paks and a return to brewing up a pot of ground coffee instead of the freeze-dried instant we became so accustomed to. 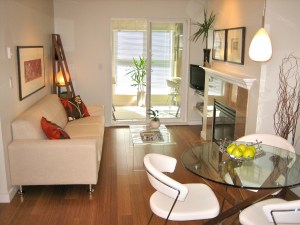 Time to break out the paintbrush. 4 years of beige is enough.

Ah yes… my first sip of gin in 3 months.  Certainly there were bottles of this clear juniper-flavoured moonshine available in most jurisdictions we stayed, but not once were we intent on going out and getting smashed.  We’re all grown up though, and drinking until we can’t stand up is less entertaining now than it might have been 15-20 years ago.  Of course there are still a few Christmas get-togethers and I am sure a little hot wine will need to be sought out…for comparative research purposes of course.

Before heading out into the cold rainy evenings here in search of a Christmas market or warm pub to meet up with friends, we’ll need to readjust to our surroundings here.  With one week stints in each domicile while away we adjusted to splashes of color on walls, poor furnishings and cigarette smoke sucked through the walls.  Dirty sheets, or a leftover bread heel in the fridge were to be expected with each new accommodation.  With our own place, it was comforting to find we only had a few unsprouted potatoes, some prunes and a half tin of coffee left in the fridge.  It was also obvious that we also desperately need to put a little color on the walls as the neutral warm tones of a beige, technically ‘muslin’, just don’t evoke the same pop as a vibrant limoncello yellow or the burgundies of a wine red.  Not to worry, Melanie is on it and will be diverting the energy usually put into walking for hours each day, to adjusting any blandness in our previous choice in wall color.  She’ll be slaving on that painting activity while inhaling the mystery cooking odours arising from the neighbouring ethnic cuisines.

Maybe a little accordion music from through some internet radio station to set the mood and the transition back to life at home can be slow and steady.  Add to it that spinach and chicken frozen pizza kept on the bottom shelf of the freezer, only to be thawed in the event of emergency, and it’s almost like she never left.

I’ll just be at work.

One thought on “Vancouver, a little place we call home”