There’s nothing like walking up to a faint whiff of gasoline, roosters crowing at daybreak, and of course…fireworks. La Bomba seems to be a way of religious celebration. You might think these explosions to just be a car or rickety scooter backfiring but no. I counted 22 blasts last night around 11PM and another 6 this morning around 5:30AM.

Unnerving to those unaccustomed to local habits. Maybe we just have been spoiled for too long on tranquility and wide, hole-free sidewalks. 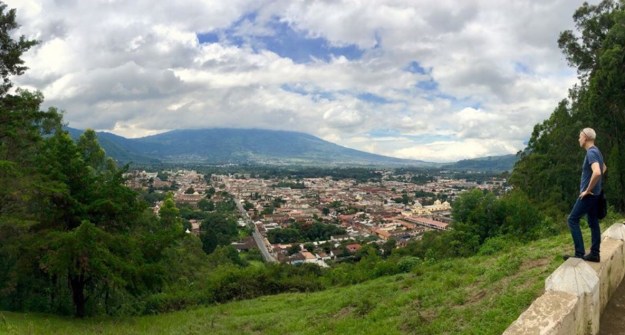 Again, up early which allowed us to take in a short hike to a viewpoint before the afternoon rains were predicted to dump on us. We saw a few butterflies, dreaded mosquitoes and a bee…ooo…wildlife! We made it to the viewpoint, wiped the sweat from our brows to pose for a few selfies with a cloud shrouded volcano, then marched our way back down into town for a few more photos. Exactly what almost every other tourist in town was also doing today.

Lunch at a local BBQ place, offering only chicken or sausage and we were stuffed to the gills. Walking back I had the curious observation that there were no cats in this city. Donde esta todos los gatos? Melanie did a little research and found that Guatemalans are not fans of cats. In fact, 5 times more people dislike cats than cockroaches in this country. Odd. 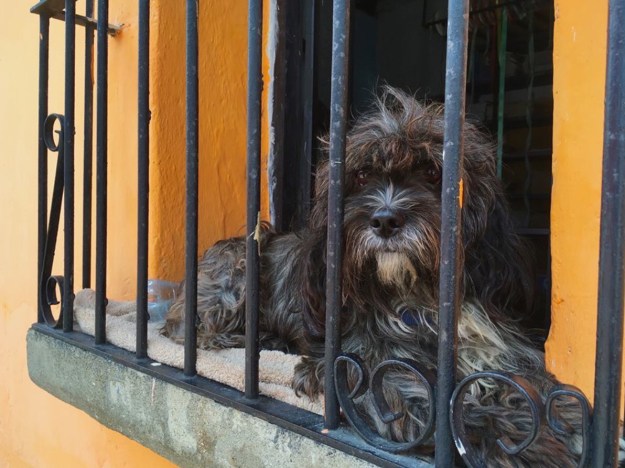 An after a spectacular happy hour margarita another observation. Very few people smoke here. A few tourists, but the locals seem to be smoke free. Maybe they get their high on the unburnt fuel drifting from the tailpipes of all the little tuk tuks rolling around. Maybe they are just wise to the volatile combination smoking and poorly running engines might pose to the locals.

That doesn’t seem to stop the excessive and random use of fireworks though. Earplugs tonight