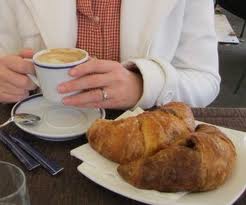 Ah, one more morning of the hotel-offered breakfast.  It’s never free, since you are getting billed somewhere, but tomorrow morning’s early task will be to fill the belly to bursting.  It’s a 6 hour train ride from Verona to Nice, if all goes well and connections are made in time, but the hope is with a full belly we might avoid too many questionable train station pizza pretzels.

Being back in a hotel with the included breakfast is always interesting.  Sometimes trace amounts of caffeine may be found in a pot of watery coffee, sometimes a barista insists on making you something special behind the bar.  The offerings may include a selection of fatty sausage slices and hard cheese, or small variety of cereals…none of which might be bran.  Baked items might include thin slices of bland white bread for toasting, something that resembles a mini dinner roll, and a feeble attempt at a croissant.  Not to forget, but also the standard offering of canned  fruit salad and big bowl of communal yogurt.  Yes, I know a higher priced establishment may include more variety, and maybe more fiber, but these businesses know their clientele and tolerance for fruit and pastries that may be up to two days old.  We still haven’t figured out how these people stay regular.

As I sit and review the options for morning consumption, I can’t help but notice what others are selecting.  Yeah, judge not lest ye be judged…right?  How about the young guy, pants belted across his ass, plate loaded with ham and two slices of cake.  Or the gal confused by the coffee machine opting for a dinner roll while figuring out the complex brewing apparatus.  The couple with kid in tow, load up on those chewy croissants, with a cappuccino for dipping them in.  Of course there’s the over-perfumed young gals that decide to kill everyone’s appetite with Britney Spear’s perfume, while dining on a bowl of pink yogurt.

A personal preference is the muesli.  Raw oats, raisins, some coconut, add nuts and sunflower seeds for some added protein.  As a breakfast food, you can fill up and last all day on a bowl.  No sugary additions.  No hard crusty chunks that shred the inside of your mouth.  Of course, no prizes in the cereal box either.  I’ll sit there in my hoody still smelling like yesterday’s train platform smokers, suck back two cappuccinos instead of sipping politely, and stare blankly at a wall for fear of making eye contact with the sugar-crazed young ones. Simple grains, nuts and dried fruit…yeah, really exciting.  Call it plain and boring for breakfast, but add some ham to a side plate along with some creamy cheese slices and any nutritional benefit of avoiding cake for breakfast has likely gone out the window.  Mmmmm…ham… 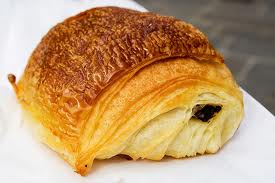 Any guesses as to what might just be in the middle?

Call me a novice traveller, or newbie as far as breakfast cultures go…but when was cake for breakfast ever acceptable?  We’re talking chocolate torte, and some custardy flan kind of thing.  Seems like the French might have had a hand in it, maybe with the plan to slowly destroy Italian cuisine by introducing such sweet and decadent desserts to go with your coffee in the morning.  Here in Verona, Napoleon’s troops seemed to follow similar orders to wipe out all traces of Roman ruins near Castel San Pietro, plus the 500 year old castle itself.  Even the nearby Castelvecchio we were excited to check out had the inner grounds ‘remodelled’ about the same time.  Those might have been actions of a small man with a complex of sorts, but I am still thinking subtle tactics on the hotel breakfast spread may be the what remains.

It’s likely just me that is not ready to accept that such sweet celebratory desserts belong in the belly before 10am.  A choice I will need to wrestle with over the next week as a pain de chocolat, or nutella-filled croissant will become morning staples.  And really, if given the choice between cake or those white veal-head sausages offered in Munich…I would choose the less offensive option regardless of nutritional value.

2 thoughts on “What do you have for breakfast?”