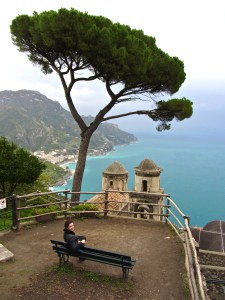 How am I ever supposed to build one of these for her?

The realization of where you are at a particular moment can be a bit of a shock. To really take it all in and describe the minute details effectively to someone, usually results in the “you just had to be there” response. This isn’t a joke though, and it is those moments strung together, that life and traveling should really be all about. It’s where the stories come from. Take a step back once in a while and really recognize where you are, or more importantly, how you got there.

I reflect on one day I had in Thailand some 13 years ago now. I was awoken by wind shaking by beach-staked tent and a bright light which I figured must be the sun, but was only a full moon setting on the horizon just before daybreak. I couldn’t sleep anymore, so rather than sit there alone in my tent I went for a walk across the small island of Ko Lipe…with nothing but my boxers with me. Feeling my way down moonlit paths I came across huts with women mending fishing nets next to firelight and men hauling boats into the water as the sun warmed the sky from pink to burnt orange. Taking a moment or two to soak it all in, I watched the sun rise…then headed around the rocky coastline back to camp. When back at camp, I had made a hasty decision to hop on a ferry boat to take me back to the mainland, but mistakenly grabbed the wrong vessel as this one had no French tourists on it. My ferry was a private rental, which served food, and was catering to a group of Thai government officials for a staff outing. No, they didn’t kick me off the boat. They fed me, took pictures of me with their daughters, took me snorkelling…and all the way back to the mainland for no charge. Ok, maybe that was more than just a moment, and from over a decade ago when I was much younger and funded on student loans. 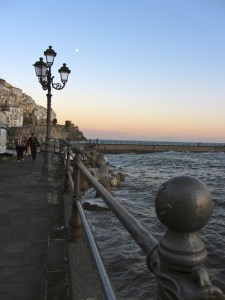 This ain't bad for an evening stroll

A better example might be after the short train ride from Salzburg to Vienna, where we hopped in a cab to expedite our arrival at the apartment we had booked. This cab didn’t appear to be standard issue, and likely served as a personal vehicle for the aged Russian driver. Possibly even his home during off hours. I would have asked for more details, but he spoke little to no english and Lady Gaga blasting on the radio was not helping matters. Might I also add the challenge of navigating the narrow one-way streets full of tourists crossing the roads at will, and being in our first ever horse and buggy traffic jam. Sum it all up, with a sunny afternoon and the backdrop of Austrian military helicopters being set up in the Heldenplatz. How did I get here, and how many more air fresheners would be required to make the air in this vehicle breathable?

Maybe something simpler, such as our Halloween evening where Melanie and I slow danced to some French-Canadian pop tune being played by our nightly lounge act. The lights were low, and four other couples had joined in just for the hell of it. Mix in some karaoke, including a duo of Melanie and myself, and we had our not so typical Halloween.

And where are we now? Curiously perched on the hillside of some little Italian vacation rental, nestled amongst lemon and olive trees with an amazing view of the nearby cliff drops and sunset through smokey skies. Watch the storms on the horizon, and moon rise over the mountaintops. Days now filled with blog writing and picture taking. All it took was quitting of Melanie’s job and for me to arrange a hiatus of sorts.

Now how could we possibly do this on a regular basis?  We’re not done yet, so maybe a few more weeks to try and figure that one out.

3 thoughts on “A Series of Moments”